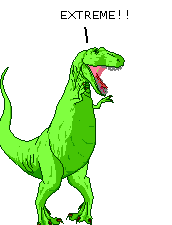 A few outrageously stupid things I saw on the morning network news made me reflect on how much I like "The New Media" (as Dave Dilegge refers to it) as opposed to "The Old Media".

The second thing that annoyed me to absolutely no end was a commentator on MSNBC, who, apparently oblivious to increasing Taliban activity in Pakistan and drug wars in Mexico, felt the need to talk at length about the trials and tribulations of Miss California, Carrie Prejean, a woman known not only for her views on gay marriage, but also for her pictures in Playboy. Be it also known that Ms. Prejean's pictures can't hold a candle to those inMegan Fox's last photo shoot, and Megan Fox was clothed. Well, mostly.

"Here is a name that all Americans should learn in the next few days: Carrie Prejean".

You know what, I have a name that all Americans should know...how about Stanley McChrystal, the new commander of NATO forces in Afghanistan. Why don't we focus on that instead of not-quite-a-celebrity news? (The obvious answer being that enough vacuous idiots love this type of "news")

The new media, on the other hand, puts amateurs on the same footing as many "professional" sources, and many times, the amateurs outperform the professionals. Blogging is just one example. User-made video,distributed through sites like Youtube, is another.

Indeed, take a look at the evolution of Star Wars fan videos. Originally laughably bad, reminiscent of something out of Mystery Science Theater 3000, they now feature amazing choreography and lightsaber effects:

Zenpundit has brought to our attention that we can now see the same treatment--albeit on a much grander scale--given to Lord of the Rings, with a fan-made web video entitled "The Hunt for Gollum". Watch the trailer below or watch the full 40-minute movie here.

THE HUNT FOR GOLLUM - FULL Trailer 1 from Independent Online Cinema on Vimeo.

Ed. Note: Now, with that said, I should also mention that for every "Hunt for Gollum", there must be about a million "Leave Britney Alone" videos. So basically, the debate over the New and the Old Media boils down to a debate between whatever God-awful sitcoms are on NBC, and "Dramatic Chipmunk". You be the judge.