Who needs Wikileaks when you have the US Air Force? 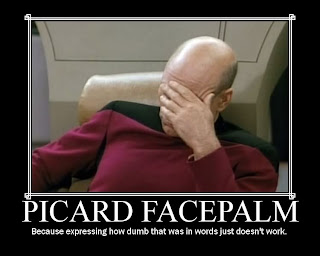 In the wake of Wikileaks' "Cablegate" scandal, US Secretary of Defense (and former CIA Director) Robert Gates downplayed Wikileaks' impact, quipping, "Every government in the world knows the US government leaks like a sieve".

Nevertheless, to its credit, the US military has undergone a Herculean--albeit heavy-handed and futile--effort to contain the damage from Wikileaks and prevent future leaks.  Such steps include banning all URLs which contain "Wikileaks", blocking all access to the New York Times, and setting up a program to rat out "leakers".  The CIA has even established an ill-conceived Wikileaks Task Force, with the appropriate acronym, "WTF".  I really wish I were making that up.

Yet, human stupidity is one of those unstoppable forces of nature, always yearning to break free, despite humanity's best attempts to contain it.  Fortunately, for stupidity's sake, there are US Air Force officers.
This week, news sources reported that Pentagon officials sent the wrong internal assessment reports to aerospace giants Boeing and EADS, rivals in the bid for the US Air Force's new tanker.  Thus, Boeing wound up with detailed information on EADS' project, and vice versa.  As if the KC-X needed any more embarassing scandals.
It's still not certain how Boeing and EADS wound up with each other's information.  Perhaps the service in charge of cyber-security has trouble figuring out that newfangled e-mail contraption?

If there's a silver lining to all this, it's that the US Air Force won't be able to read about its ineptitude on the New York Times' website.  That's a plus, right?