The man behind the leak 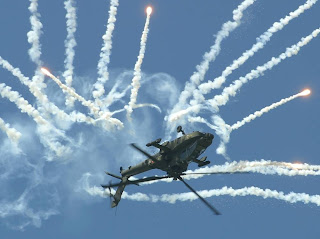 Adam Weinstein, filling in for Spencer Ackerman, has some insightful analysis of the New York Times' expose on Specialist Bradley Manning, the 10th Mountain Division soldier suspected of leaking tens of thousands of classified documents to Wikileaks.

(Of course, I can't actually provide a link to Wikileaks because of asinine DoD IT policies.)

The article describes a loner who struggled to adjust to the organizational culture of the military.  Manning was a computer hacker who felt more at home with computer geeks at the Massachusetts Institute of Technology than he did with his fellow soldiers at Fort Drum.  Indeed, military lifestyle can be difficult to adapt to, and many can sympathize with him on that level.  Moreover, his difficulties were undoubtedly magnified due to his sexual orientation.  (A story that's actually been floating around for quite some time)

But as Manning entered the Army as an intelligence analyst, typically granted Top-Secret clearances after an exhaustive background check, other aspects of his life should have thrown up red flags.   In high school, Manning would frequently argue with fellow students and teachers, often slamming his books and shouting at fellow students.  A teacher recalls kicking him out of class after one such outburst.  He was also, as the New York Times describes, "hired and quickly fired" from a job at an software company; his previous employer claimed that he had the personality of a "bull in a china shop".

The process for obtaining a top secret clearance, as Adam Weinstein notes, is quite intensive, with investigators interviewing friends, acquaintances, employers, teachers, and neighbors.  The process often takes months and costs thousands of dollars, mostly as a result of man-hours.  Were any of these issues were identified in the investigation?

After joining the Army, Manning's behavior only became more questionable.  According to the New York Times, he was "reprimanded" twice (likely Article 15s), once for assaulting an officer.

Milblogger Godfather Greyhawk said it best two months ago--his security clearance should have been pulled after the official reprimands.

The Manning incident is embarassing, for reasons other than his love of Lady Gaga or the screen name "BradAss87".  It simply amazes me that our national security apparatus is so large, that (presumably) Top Secret security clearances are being given away as if they're candy.  I'm even more astonished that simply throwing money at at the intelligence community still isn't solving simple issues, like proper background checks.

Regarding just the security clearances: all the work and man-hours is put into insuring that the investigated person can be trusted with valuable information, and that they don't have foreign connections of question. All the things you listed are just someone that's socially awkward at best.

The clearance thing is dicey. Investigators are fantastically overworked, have rigid, legalistic guidelines that make it tough to not give someone a clearance and there is a cottage legal industry in appealing revocations. Commands have wide (probably too wide) latitude in granting and revoking clearances. Its a clumsy system because we have clumsy commanders.