2010: The Year We Make Contact With Some Pakistani Shopkeeper

2010's almost history.  From Afghan adventures to Wikileaks' wackiness, it's been a heck of a ride.  Full of heroism, brilliance, and facepalm aplenty, let's take a look at the last year in national insecurity.

PowerPoint Rangers Lead the Way! In April, we were treated to Elisabeth Bumiller's amazing op-Ed in the New York Times, showcasing the anti-PowerPoint rantings of several notable military officials, including Secretary Robert Gates, Generals Stanley McChrystal and David Petraeus, Colonel T.X. Hammes, and some other cool dude. Later, in August, US Army Colonel Lawrence Sellin railed against the rampant bureaucracy and PowerPoint culture of ISAF Joint Command (IJC) in Afghanistan. And though Col. Sellin was summarily chastised and dismissed from his post, he quickly became a folk hero in Army circles. In November, technology website TED.com finally deciphered the cryptic "Afghanistan Stability Chart", which revealed some not-so-startling truths about the war in Afghanistan. Take a look. 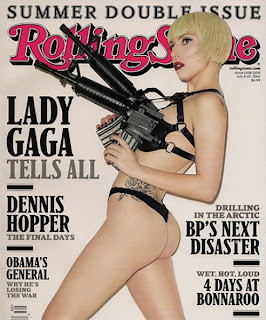 And the thing that'll getcha/Stan didn't even get his pictcha'/On the cover of the Rolling Stone. Poor Stan McChrystal. Earlier this year, the former commander of the International Security Assistance Force in Afghanistan was already on thin ice after a much-hyped campaign in Marjah--with its dubious "government-in-a-box" strategy--fizzled in the sands of Afghanistan. McChrystal would remark that Marjah, the focus of what was to be a month-long operation, was a "bleeding ulcer" in Helmand Province. If that wasn't bad enough, Gen. McChrystal had the misfortune of being stuck in Paris after a conference, the result of the eruption of the Eyjafjallajökull volcano in Iceland, which grounded nearly all air travel in Europe. Making the best of the situation, General McChrystal spent a night on the town with several members of his staff...and, of course, Rolling Stone reporter Michael Hastings. After a few ill-mannered remarks on the part of McChrystal and his staff (fueled by Bud Light Lime, no less), the General was recalled to the White House so quickly the blogosphere didn't even have time to decide upon an appropriate Twitter hashtag. (Though #RollingStan and #McClusterFuck were clearly the two favorites) 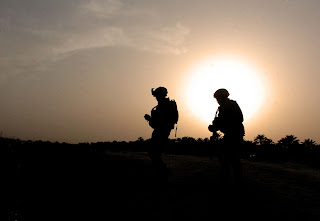 And if you thought the McChrystal Scandal was bad... For months, military journalist Michael Yon had not only called for the head of US General Stanley McChrystal, but also Canadian General Daniel Menard, the latter of whom was relieved of command for a negligent discharge of his C-8 carbine, as well as a negligent discharge of another sort with a female enlisted soldier.  In a shocking move, both Generals David Petraeus and Jonathan Vance were temporarily "demoted" to replace the gaps in NATO's leadership in Afghanistan.  Meanwhile, in another portion of Helmand Province, the commander of the 2-508th Parachute Infantry Regiment, Lt. Col. Frank Jenio was relieved by Col. Brian Drinkwine, allegedly over "inappropriate PowerPoint slides".  However, further investigation revealed a sordid story--Dr. Leslie Drinkwine, Col. Drinkwine's wife, was banned from brigade functions as a result of undue influence within the brigade, a point of contention Lt. Col. Jenio has recently challenged.  Elsewhere, Col. Harry Tunnel, commander of the 5th Stryker Brigade Combat Team--notorious for its infamous "kill team"--relieved a company commander in the Argandab Valley.  Later examination, however, reveals that the young captain might have had a better handle on counterinsurgency tactics than the colonel, going so far as to hammer General Petraeus' counterinsurgency guidance on the door of his command post as an act of defiance. 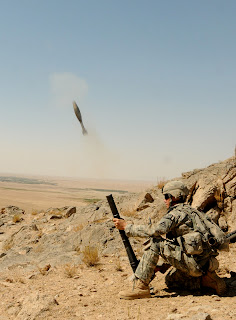 2010:  The Year We Make Contact With the Taliban.  Sort Of.  Ah, Pakistan, our "valuable ally", and perennial pranksters.  In February, milbloggers rejoiced when Pakistani security services arrested nearly half of the top leadership of the Taliban's Quetta Shura, including Mullah Baradar, seen as the Taliban's number two.  Others, however, were rightly skeptical.  In August, Dexter Filkins reported that Pakistani officials gloated that Baradar's arrest was little more than an attempt by Pakistan's security service, the ISI, to derail peace talks between the Karzai government and the Taliban.  Undeterred, ISAF forces went to great lengths to protect a suspected Taliban leader from ISI interference during a second round of peace talks with the Karzai government.  After a few meetings, however, officials suspected a ruse.  As it turns out, the "Taliban leader" in talks with the Karzai government was merely a shopkeeper in Quetta, Pakistan--allegedly an ISI plant.  The joke was short-lived, though.  Hours after the story hit the Washington Post, North Korean forces fired artillery upon the island of Yeonpeyong in South Korean waters, sparking a tense international crisis. 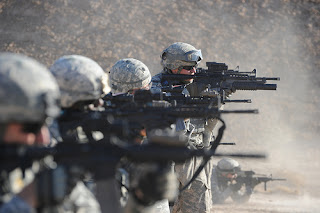 Wikileaks, Wookieeleaks, and, erm, Weenieleaks.  In April, shocking gun-camera footage from an Apache helicopter hit the Internet, spurring intense debate regarding the conduct of land warfare, and raising questions as to its mysterious source.  Within two months, US authorities apprehended their prime suspect:  Private First Class Bradley Manning, an intelligence analyst from the 10th Mountain Division's Second Brigade, then assigned to Forward Operating Base Hammer in Iraq.  Manning, known by the screen name "BradAss87", was reported to authorities by his confidant, hacker Adrain Lamo.  In a series of chats published on Wired.com, Manning admitted to smuggling out the gun camera video, as well as hundreds of thousands of classified field reports from Iraq and Afghanistan, plus over a quarter of a million classified State Department cables.  The US Government sprung into action, albeit too late.  Wikileaks scored the largest intelligence coup in history, with government authorities scrambling to minimize the damage.  Mercifully, the damage was light; the US government either aims to be the most transparent in the world, or maybe it just, in the words of Secretary of Defense Robert Gates, "leaks like a sieve" anyways.  Nevertheless, in typical reactionary fashion, the US government established a number of knee-jerk, draconian measures, including banning all access to news sources which report on Wikileaks, and establishing a Wikileaks Task Force, with the appropriate acronym, "WTF".  Defense Department officials even encouraged service members to turn in suspected leakers; unless, of course, said leakers are top-level generals releasing classified Afghanistan strategy reviews to box in the president.  Meanwhile, disillusioned Twitterers lampooned Manning and his megalomaniacal partner, Wikileaks' founder Julian Assange, with "Wookieeleaks", a series of humorous "secrets" from the Star Wars universe.  Add in the nocturnal escapades of Julian Assange, aptly named "weenieleaks", cyber-mischief between supporters and detractors of Wikileaks, and a super-secret virus known as "Stuxnet", and 2010 truly was an exceptional year. 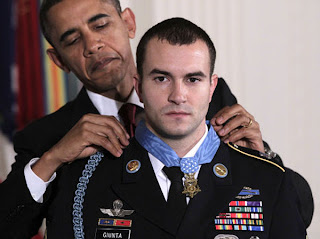 In other news.  Lauren Jenkins, one of the Panda Hat twins, took on Misha Collins; I took on Army Knowledge Online; Mother Jones took on banned books in the information age; and the gang at On Violence took on Clausewitz.  Meanwhile, the crew at Ink Spots negotiated the epic Truce of Tom Ricks, while Mr. Ricks took on the Army's Warrior Transition Units, and Spencer Ackerman took on Blackwater.  All the while, the Second Brigade Combat Team of the 82nd Airborne tackled open-source software, while the Fourth Brigade tackled Lady Gaga. Elsewhere, several fellow milbloggers and I were accused of advocating war crimes, Staff Sergeant Salvatore Giunta earned the Medal of Honor, and "Restrepo" was one of the best films of the Sundance Film Festival.  And what end-of-year roundup would be complete without mentioning the Committee on Public Safety, Adam Elkus' super-empowerment, Adam Weinstein's excellent defense coverage, and Ink Spots' insights on the Afghanistan War?
So there you have it.  A year of highs and lows.  A year of success in Afghanistan.  Or setback. Or more of the same.  In short, just another year in the realm of national security.  May 2011 be...interesting.

You know what's really sad and pathetic? On my part, I mean? That I know exactly what you are talking about in the entire post without clicking on any of the links.

Also, nowhere did I see me or any of the stalwart commenters of various above sites mentioned! (Just kidding.)

Nice round-up. I still miss the former online entity known as Schmedlap. It used to crack me up that someone with such obvious intellectual gifts had such a grumpy online persona.

*By the way, aren't you proud of the way I've managed to restrain myself in the comments section over at SWJ? I've turned over a new commenter leaf.

**Are you working on some fiction too? My eyes are starting to glaze over with the whole milblog thing. It's afpak, afpak, afpak, OMG CHINA, all day long....