You guys are in for a treat...

The gentlemen at Kings of War just added the following to their holiday Christmas list:

Today’s little gem is the purchase of 22 new Chinook helicopters (and please God, let them have bought the ones with the up-to-date avionics, so that there is a fighting chance that they can be used. And please, Father Christmas, can you grant me the festive wish, that some twit hasn’t decided to try

and bolt some bits on in Britain to please some sour faced constituency MP about to lose his or her bell tower in an end of expenses electoral shocker) in exchange for the Harriers at Cottesmore and a squadron of Tornados.

Now, the helicopters are needed. No question about it. Sooner than 2013 would be nice (could we not lease them sooner?) because we might not have the money to continue fighting in Afghanistan nor Iraq come 2013, and could we not have a defence review to decide exactly what it is we are doing in the whole defence/security realm? Just a little one?

Ask and ye shall receive, by dear friends. The brand-new F-model CH-47 is quite a treat. We've just gone through the fielding right now, and let me tell you, it is quite the Christmas present.

In years past, "new" Chinooks would simply be re-build A, B and C-model CH-47s converted into the D-model. That means that the front-line Chinook helicopter in Iraq or Afghanistan would be little more than a modified Vietnam-era helicopter. No kidding, Chinook pilots have spent an inordinate amount of free time tracking the lineage of each Chinook, many of which actually served in Vietnam, some 40 years ago. 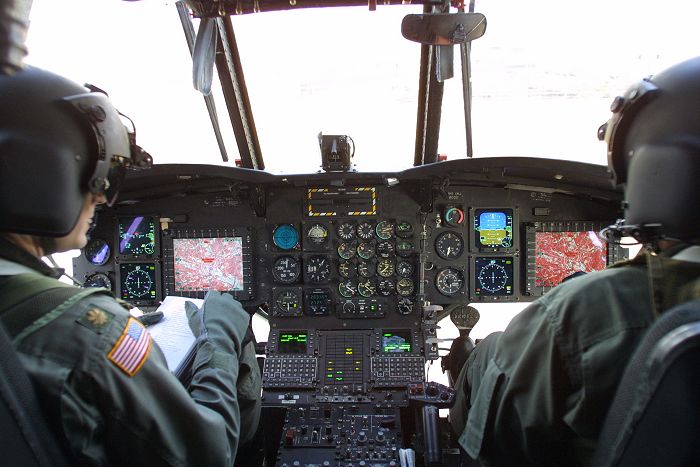 Unfortunately, the Chinook has started to show its age, particularly after repeated deployments to Iraq and Afghanistan. In the latter of the two countries, the Chinook is the lifeline of the NATO effort, often the only helicopter capable of operations in the high mountains of the Hindu Kush. Post-deployment maintenance programs, known as "reset", have uncovered egregious wear and tear on the antiquated airframes--the new aircraft, compete with their "new helicopter" smell, are most welcome.

I know the British tend to not deploy as aviation-heavy as US forces do. But in the rugged terrain of Afghanistan, it's something worth reconsidering. A helicopter capable of lifting troops, missiles, food, fuel, and other cargo is worth its weight in gold. It might be enough to make a Black Hawk pilot switch airframes...

Avionics look a lot cooler than they did back in the day! It never ceases to amaze me that we’re still flying aircraft that were designed back in the ‘50s.